There is no sensory perception that holds so many unanswered questions as the smell. Every day we smell thousands of different odors, making it the essential companion in our everyday life. But can we design smell? Or design with smell? If so, what possibilities do we have to get creative with smell?

With the textbook "Smelling Data" a practical introduction to the world of creative usage of olfaction is offered. It aims to provide designers a first approach to design with odors in combination with analog and digital media – and this may raises us an awareness of odors. 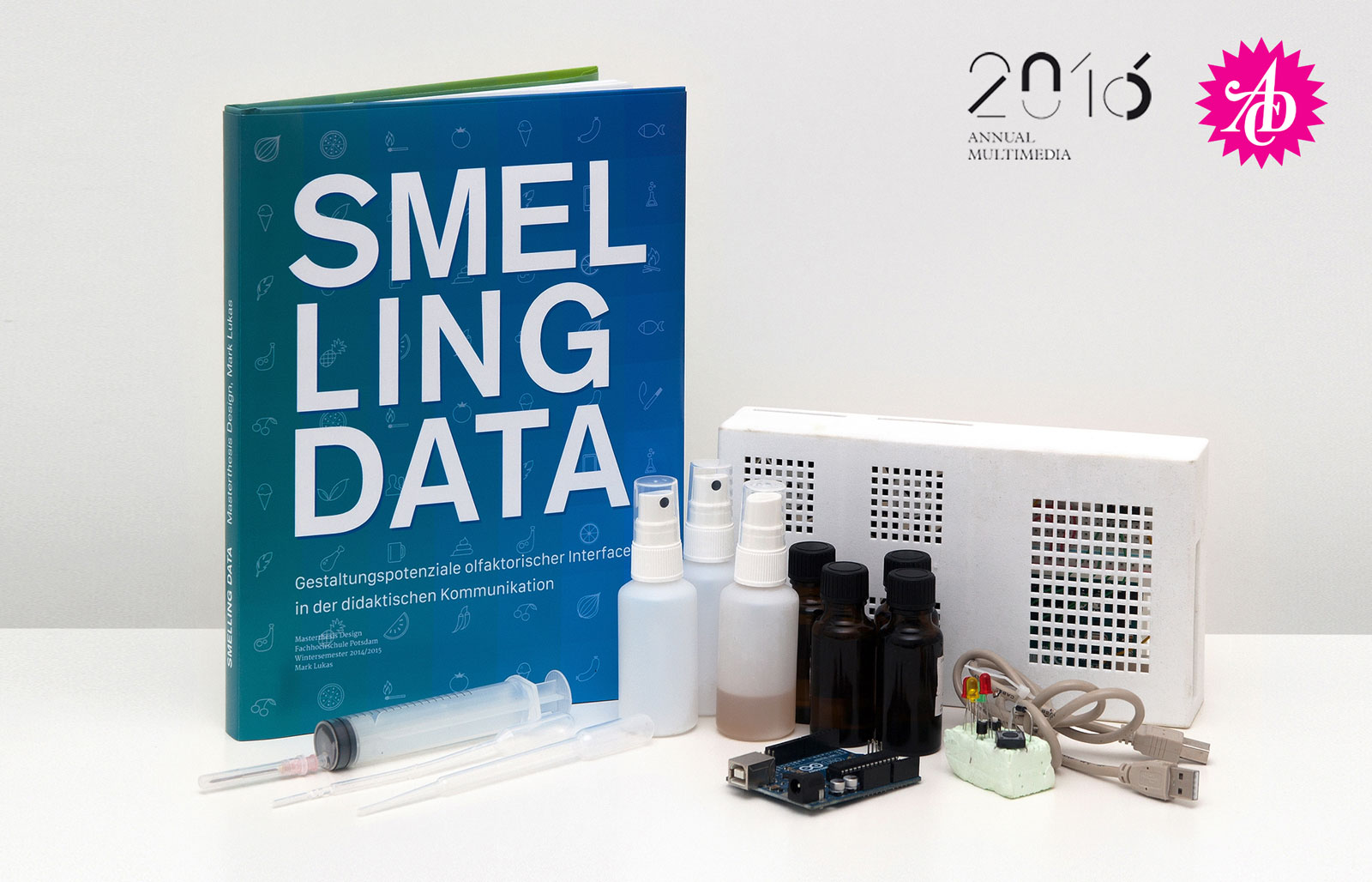 The worlds oldest sense channel is largely unexplored until today. The first part shows a basic knowledge about environmental awareness through olfaction, the history of perfume, what the Scent-Marketing does to us and what creative potential behind the smell is detained. In addition, references are presented for exhibition design and introduced the design method of prototyping. 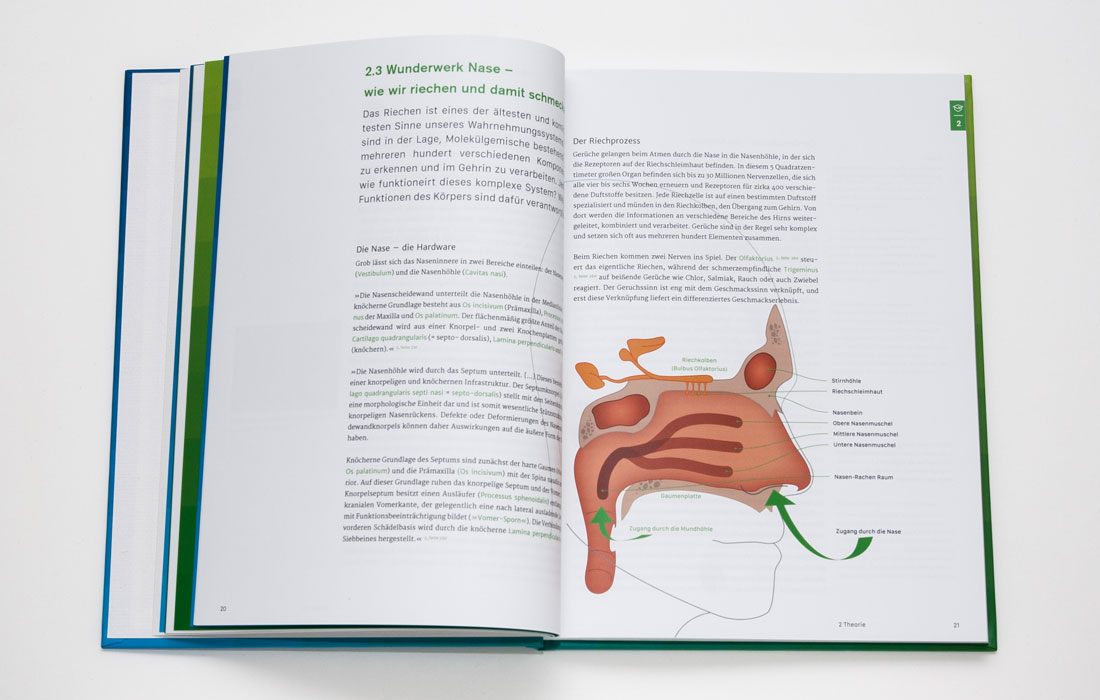 Five exemplary examples show how odors in the context of media can be used with. Starting with a smell printer that allows to spend odor tagged iMessages over exhibition scenarios around odors until an interactive screen whose shown odors can be scratched. 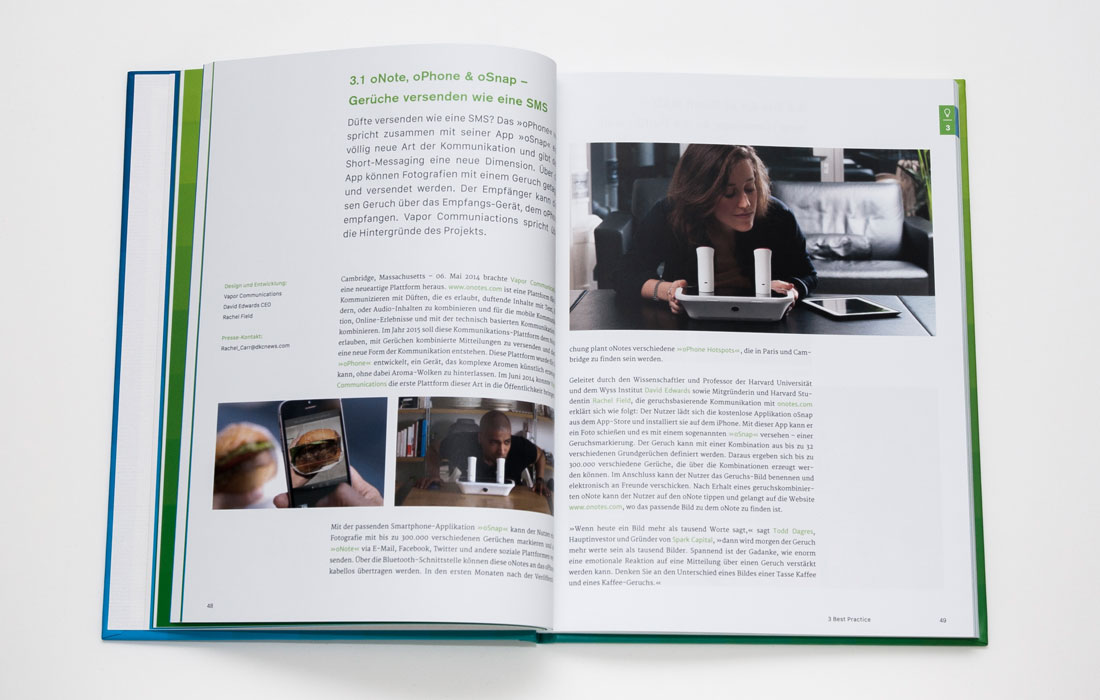 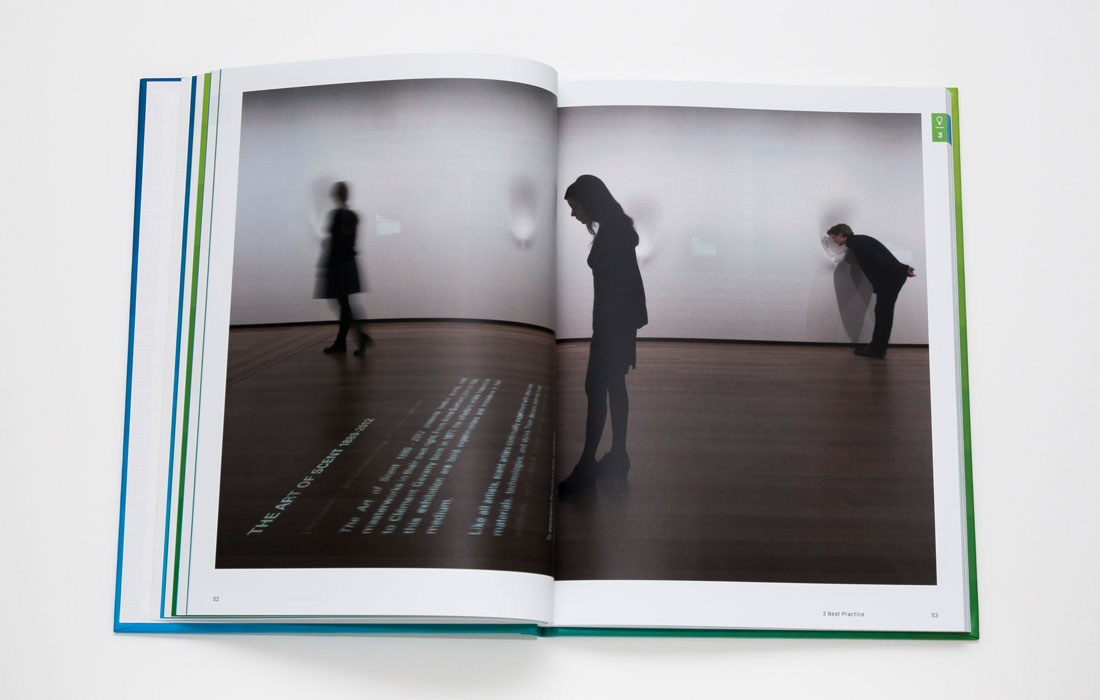 These analogous examples allow a quick introduction to an experimental approach with odors – without any code. In this part the reader learns how simple it can be to use odors in the context of an exhibition of design. This creative boundaries are shown with spray, artificial flavors, retention methods as well as the modification of your own home-printer to an odor-printer. 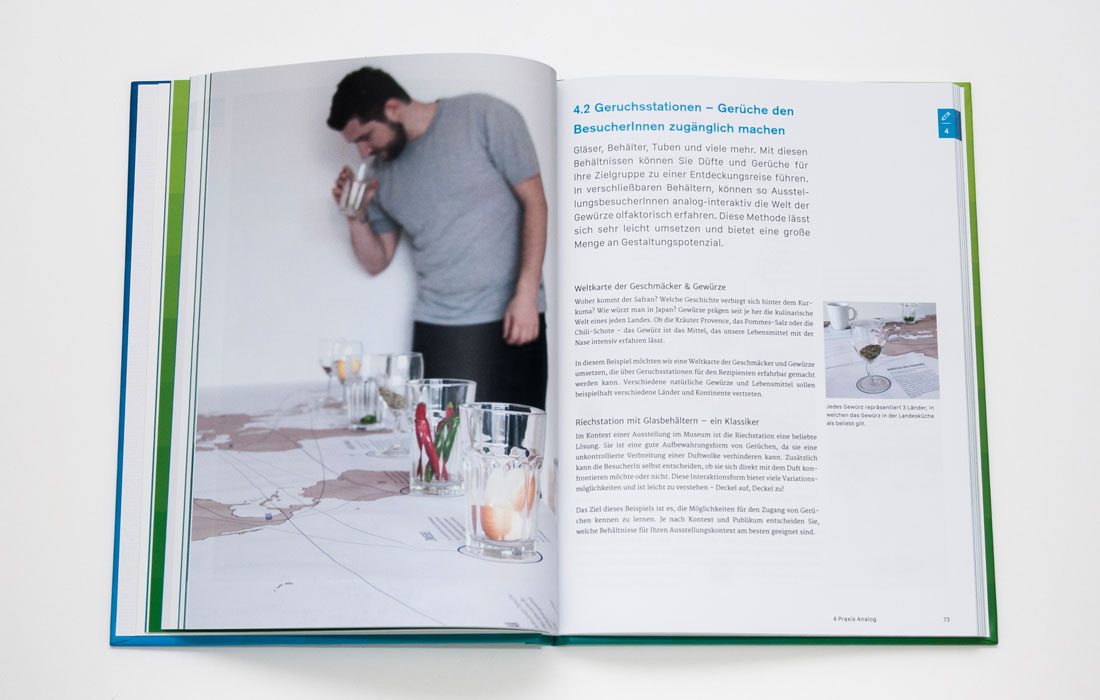 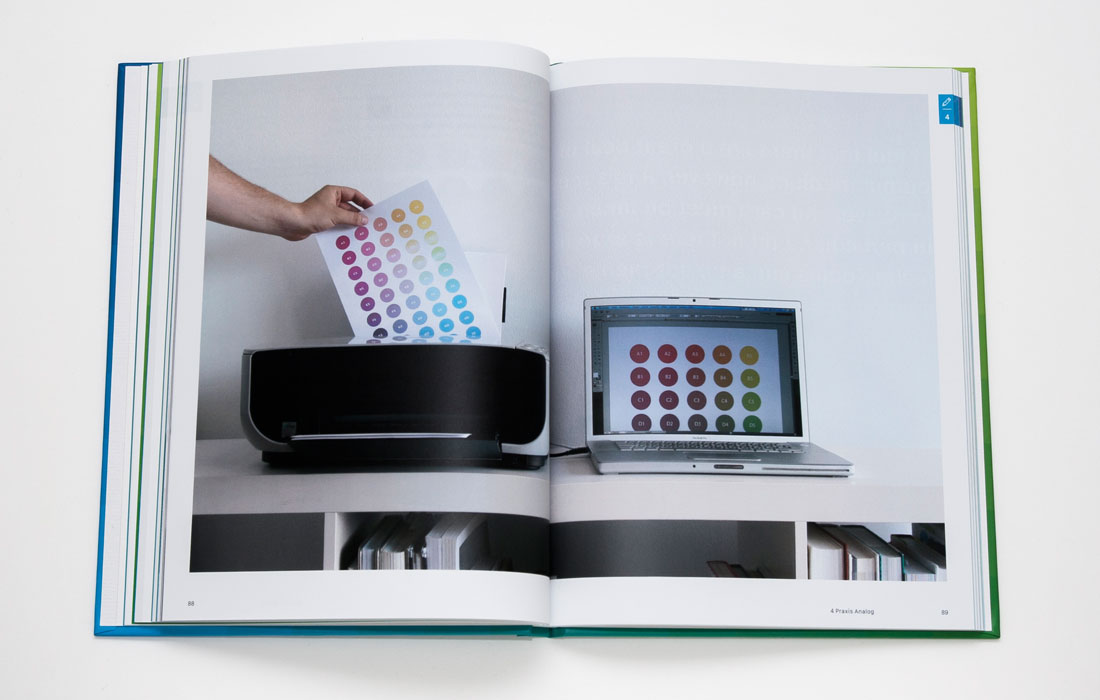 No more textual code! „vvvv" is now considered as one of the pioneers among the visual programming languages. This chapter describes the basics to vvvv and the combination with electronics explained step by step. In the end the reader will get a basic knowledge that will help him with an experimental use of digital data and odors. 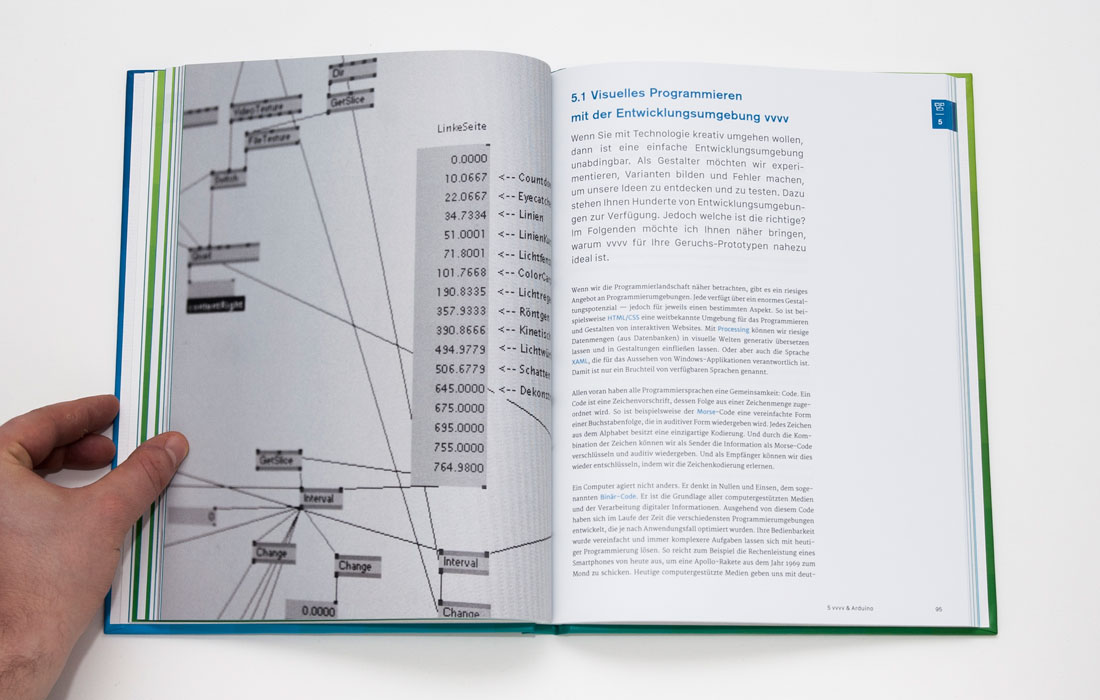 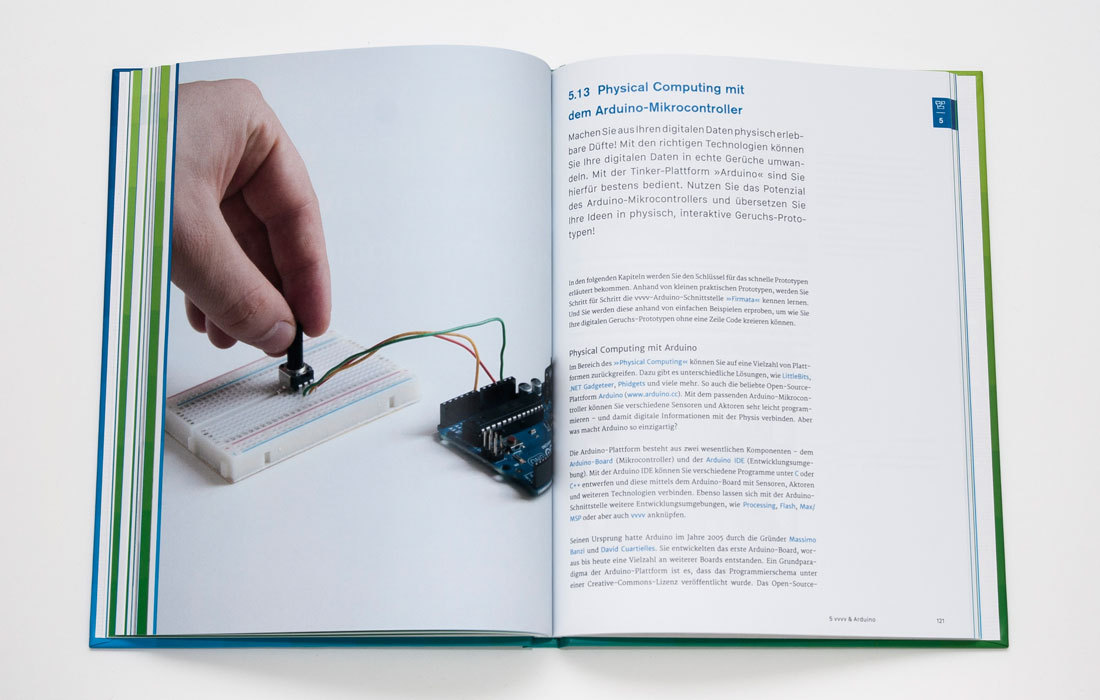 With these practical instructions the readers can convert any digital data in odors. With the tutorials of this chapter they will build a "smell printer" and can control it with vvvv. So they will get to know the possibility of converting any data into odors – whether colors, movies the current time, data bases and much more. 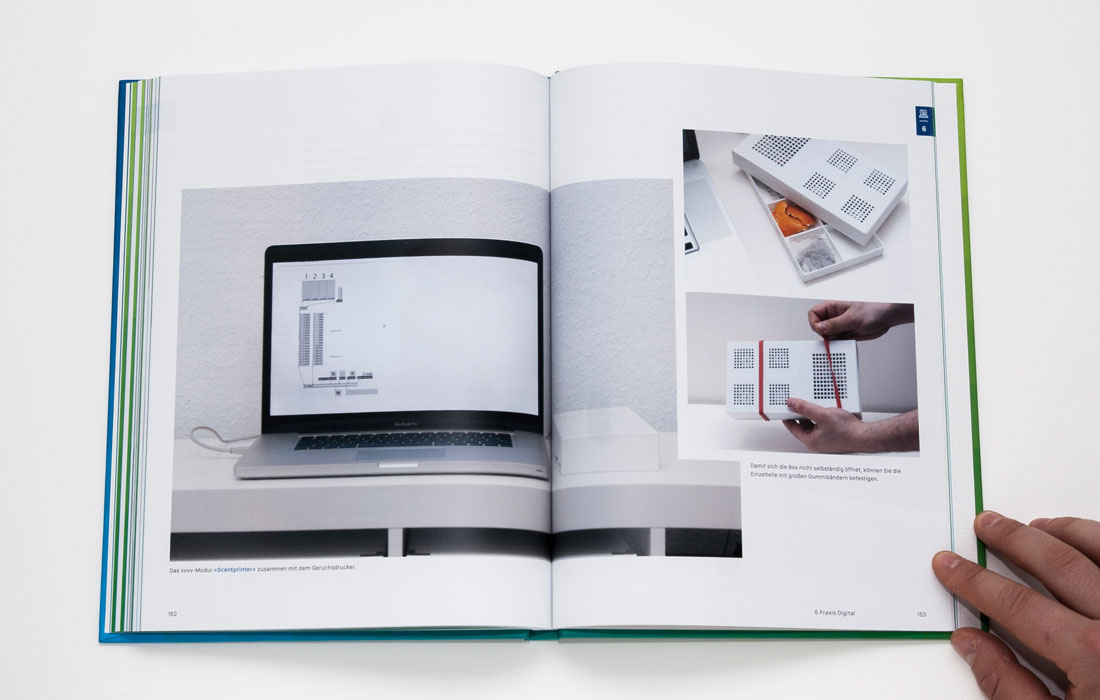 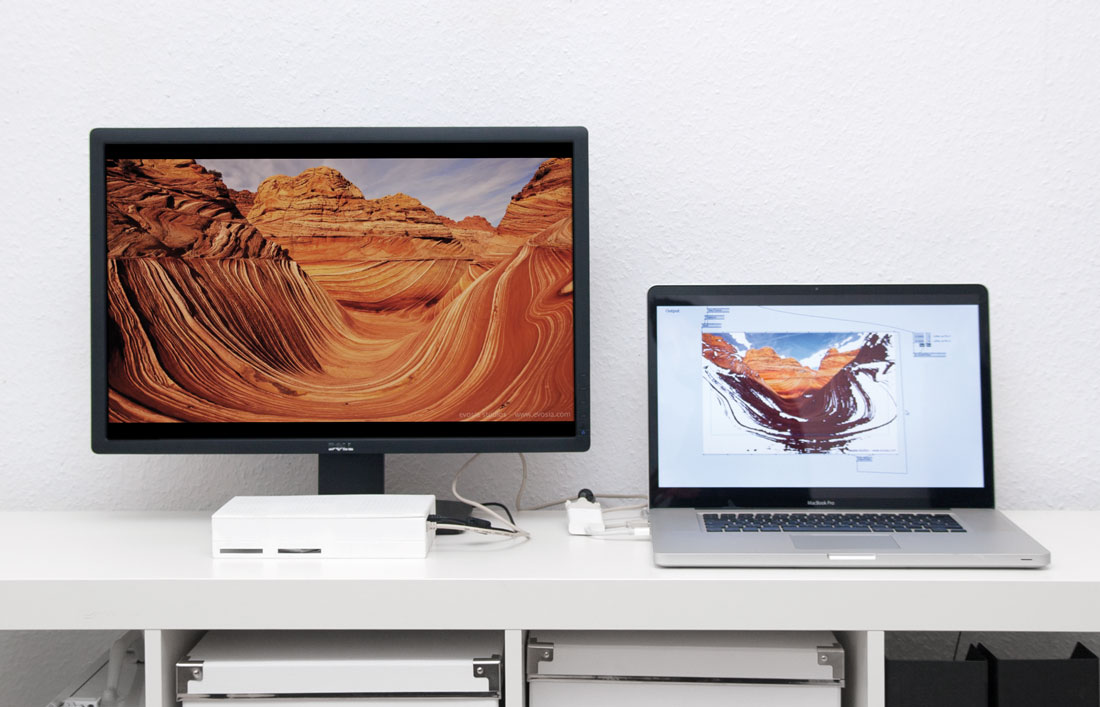 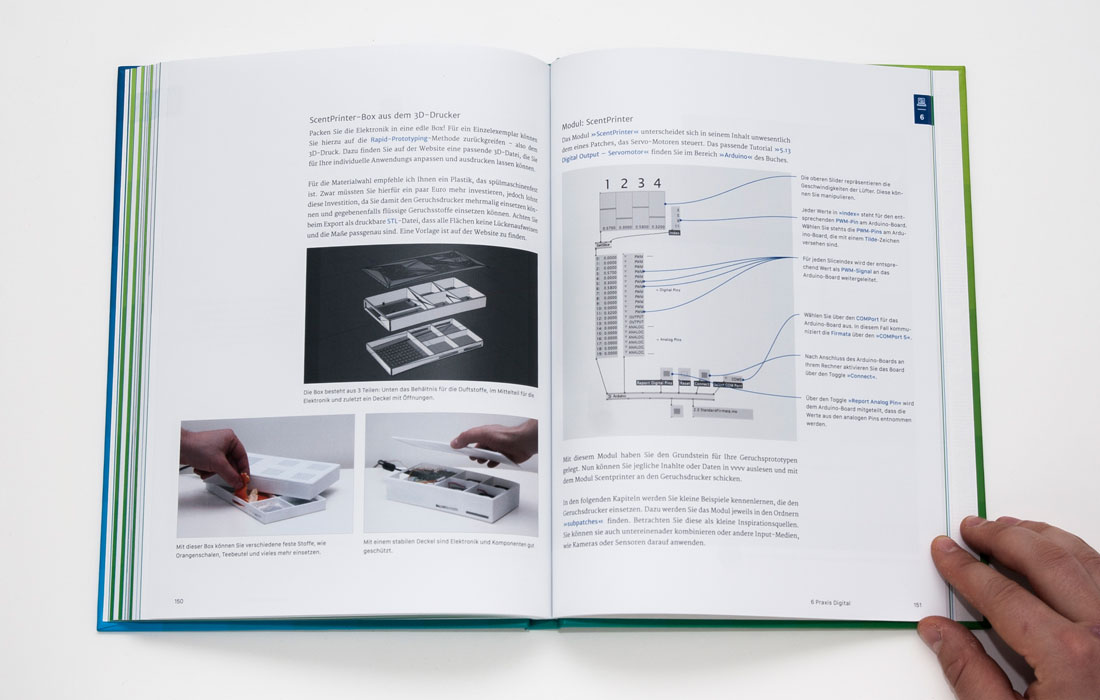