"artforms of nature" is an exhibition concept, that broaches the issue of symmetries in nature. Within five rooms, the exhibition explains different mathematical phenomena of the nature. The Fibonacci Flower, swarm behaviour, the golden ratio, crystal structures and finally the work of Ernst Haeckel. 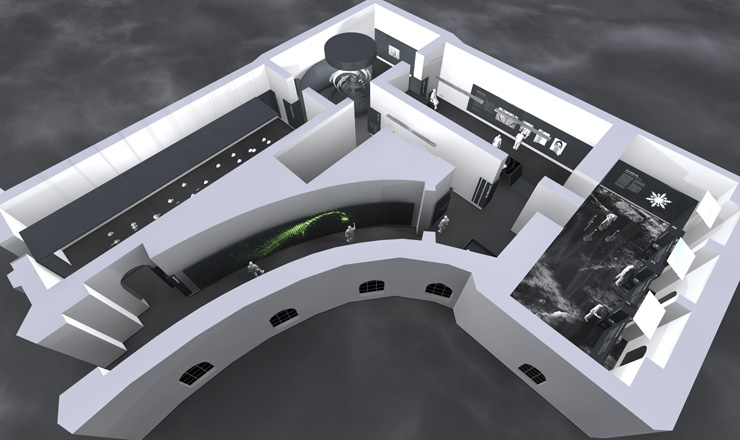 One way to explain the phenomenon of the swarm behaviour, is to let the visitor play with it. At the beginning of the exhibition, the visitor can interact with a swarm wall in a playful way. Hundreds of LED-lights are mounted on the wall and simulate the swarm which follows to a raised hand at the wall. 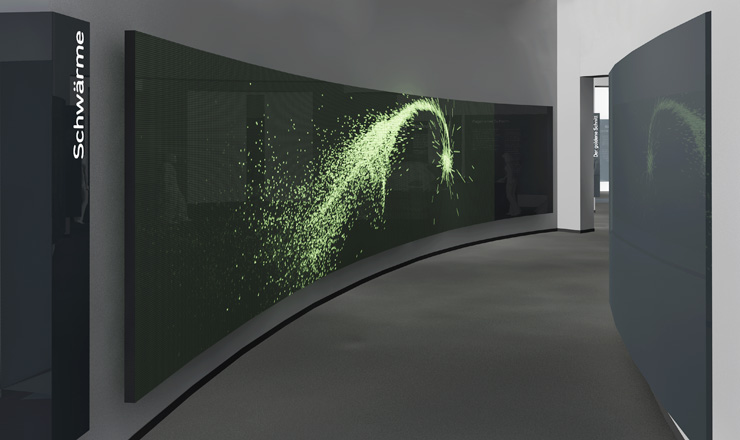 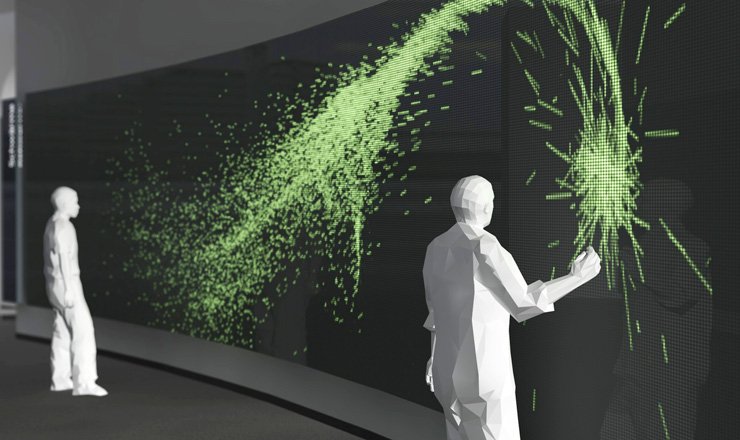 Ernst Haeckel was a biologist and philosopher, whose main litographics summarizes the symmetries and organizations of natureforms. Thirty examples of his creatures were generated and embetted into the exhibition. Beside the creatures, the vistor can find out different facts and quotes of Ernst Haeckel. 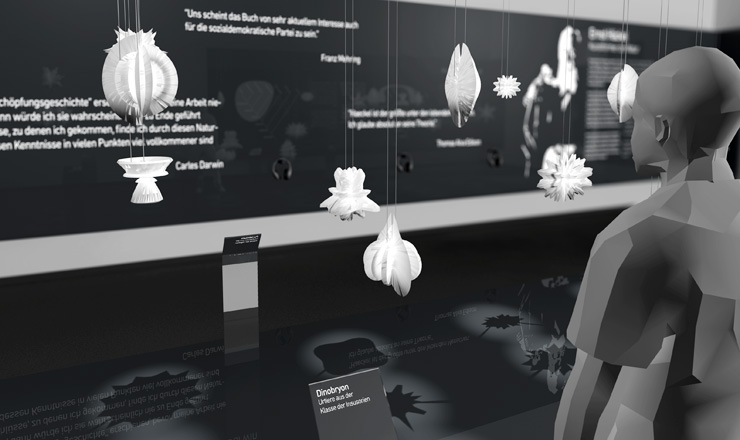 Inspired by the kinetic sculpture of the BMW Museum, a kinetic flower explains the structure of the fibonacci flower. 10 plates made of aluminum, which are curved like the fobonacci spiral, change their vertical position until they move together to the flower. 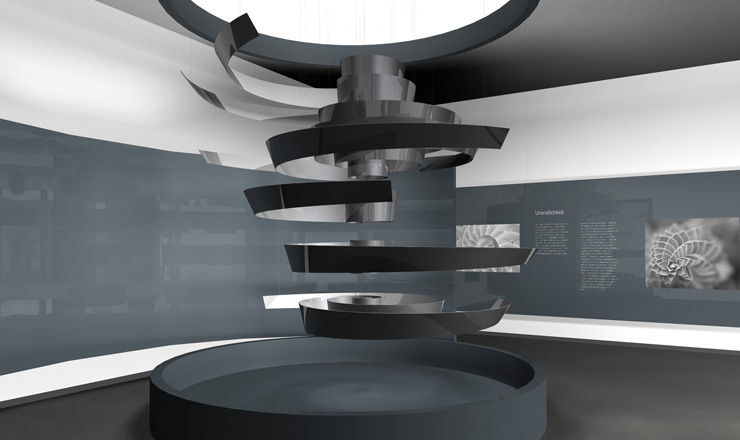 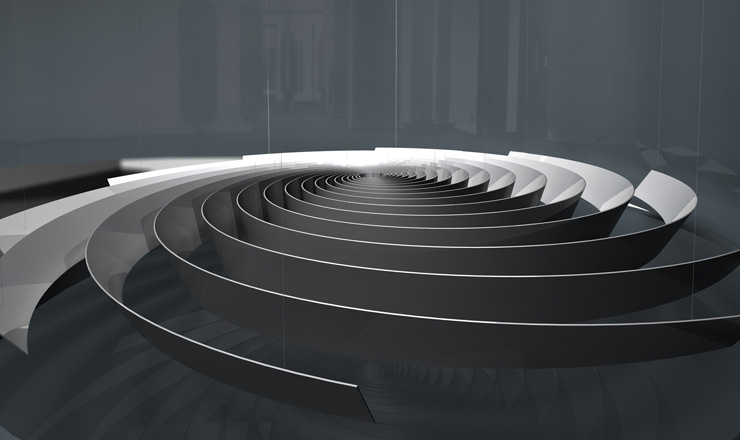